Six months ago, I began Game of Thrones. Initially overwhelmed by the sheer number of plot lines and characters, I soon became hooked. With the help of Natalie Bochenski’s recaps and the Raven On podcast I managed to learn the names of all the characters just in time for them to be killed off in a variety of gruesome ways.

This season sees Cersei Lannister on the Iron Throne and consolidating her allies, which include newcomer villain Euron Greyjoy and her brother/lover Jamie. Sitting on the other side of the battle field, is dragon queen Daenerys Targaryen, guided by Tyrion Lannister and a posse of supporters which include the Dothraki, the Unsullied, House Martell, House Tyrell and (some of) House Greyjoy. Up North have the remaining Stark siblings (finally united!) led by Jon “King of the North” Snow and several Northern houses. Oh, and then on the other side of the Wall there’s the Night King with his army of dead White Walkers who are marching on Westeros to kill everybody. Got all that?

For a series that started with a core group of characters, and then flung them across all areas of Westeros and Essos, it was very exciting to see long awaited reunions of key characters. The Stark sibling’s reunion was great, even if Arya’s assassin training has turned her a bit sociopathic, and Bran turned into that weird emo cousin that you try and avoid at family functions. Jon Snow continues to brood, look handsome, and remind everyone that “the dead are coming” while seeing how many stupid, dangerous situations he can get himself into. Fortunately, the role of ‘Stark in power’ is replaced by Sansa, who really comes into her own this season as a leader not to be messed with. 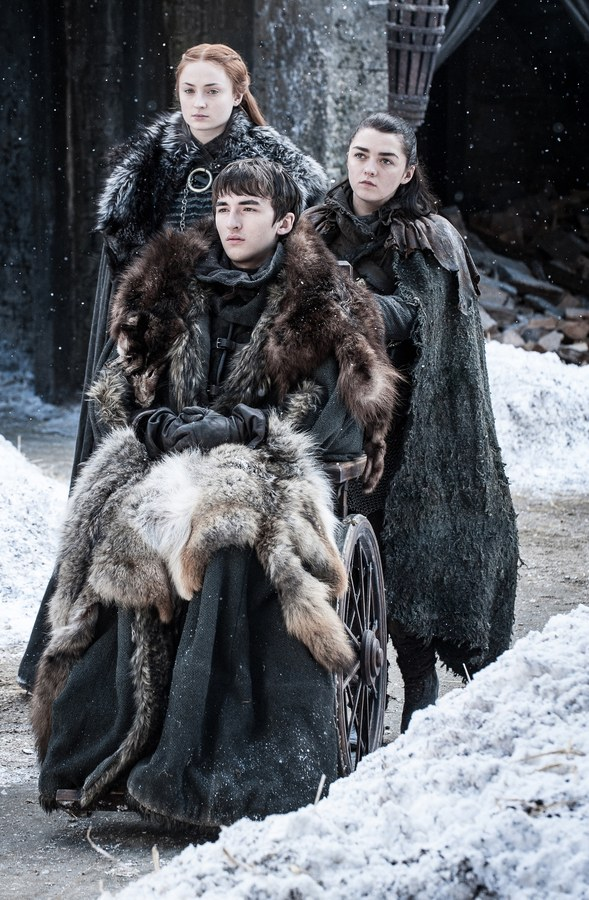 Cersei remains unchanging as the vengeful power-hungry ruler determined to annihilate her enemies. The arrival of the cocky exhibitionist Euron Greyjoy as the show’s next villain was a welcome change from the one-note sadism of Ramsay Bolton, even if he does dress like a fading Rockstar. Jamie continues his redemptive character evolution from child-murderer to compelling antihero. Acting as a moral compass against Cersei’s dictator, their final showdown was a long time coming, and so satisfying in how it played out. 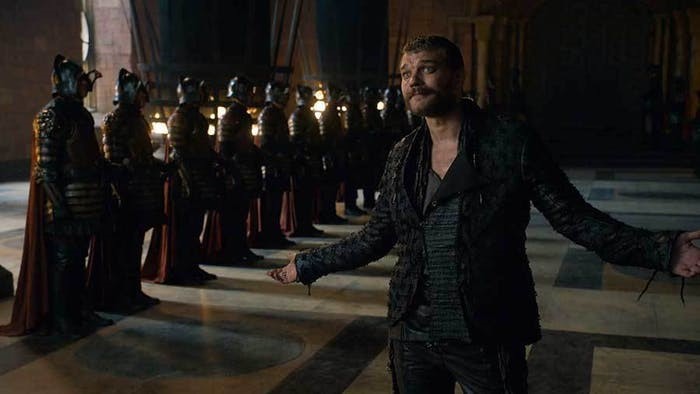 Although it was good to see Daenerys finally in Westeros, her plotline consisted of inventing reasons to not invade King’s Landing, arguing with her advisors and falling in love with her nephew. My favourite part of her storyline is the supporting characters around her. Her domineering personality is least irritating when being challenged by the wise advise of Tyrion, Missandei, Varys and Olenna. Although I have enjoyed seeing Daenerys kicking ass on the battlefield atop a giant dragon, her dialogue is pretty much a constant, repetitive affirmation of her right to the throne. In general, I find Daenerys very one-note. Emilia Clarke’s cold exterior, while needed when commanding an army into battle, fails to bring much depth to the more emotional scenes.

Her and Jon’s inevitable hook-up was exciting but not unexpected. I personally have never gotten over the Jon / Ygritte romance of Season Two. That romance, which spurned the iconic quote “You know nothing Jon Snow”, had such fantastic chemistry that the actors are actually engaged in real life. However it will be interesting to see the consequences such hook-up has for the politics of Season Eight, which may include an incestuous marriage and baby, if the internet is to be believed.

Ramin Djawadi, a fantastic composer who worked on the HBO show Westworld continues to do excellent work this season. Although Season Six’s haunting ‘Light of the Seven’ is hard to beat, every powerful moment of this season is scored to perfection, from Shall We Begin?, to Spoils of War, from Dragonstone to Gorgeous Beasts.

The season had so many fantastic moments that I will discuss further in another article. From shocking executions (Littlefinger, the Sand Snakes and all the Freys) to epic CGI Dragon showdowns, and the White Walkers BRINGING DOWN THE WALL, each episode had at least one glorious show-stopping moment. There were so many great confrontations: Tyrion and Jamie, Arya and Brienne, Olenna and Jamie, Sansa and Littlefinger, Jamie and Cersei, Cersei and Tyrion- the list goes on. Season Seven brought satisfying, long awaited reunions, jaw-dropping battle scenes and the heightening power of major players like Daenerys and the Night King. Season Eight- although its arrival date is uncertain- brings the exciting promise of six feature length episodes. And in the meantime- we have seventy-six hours of potential re-watching material ahead of us!

What did you think of Season Seven?