I considered posting my ‘Oscar Predictions’, however I felt that unless I had seen every serious contender, my speculations would be invalid. However, since the Oscars have now finished (and I successfully picked the Big Four award winners), I am happy to deliver my appraisal.

I can’t comment on the favourite, The Revenant, as I haven’t seen it, However from the moment I started watching Spotlight I was convinced that this was an incredible film. McCarthy’s directing is subtle intensity at best, artfully evading melodrama through restrained manipulation of music and cinematography, coupled with forceful yet realistic performances. Spotlight delivered one of the rare experiences of good film where I was so engrossed in the film, I forgot I was in a cinema. Very deserving of Best
Picture, and a worthy winner of ‘Best Screenplay’- Read my Full Review Here. 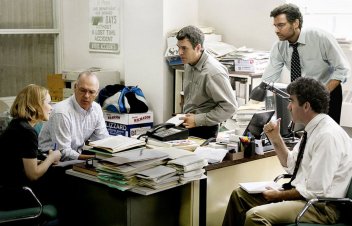 As stated, I haven’t seen The Revenant, however if Birdman is anything to go off, Iñárritu’s directing is powerful and passionate, and the win was as expected. I was gunning on Dr George Miller for Mad Max’s wildly original direction, however his film received the most awards that night, so In Your Face, Revenant!

Brie Larson’s performance in Room was something special. Her maternal chemistry with impressive child actor Jacob Tremblay was engrossing to watch in this intimate, jarring film. Larson’s ‘Ma’ delivers a wide scope of emotions, from hopeless anguish to forced optimism and a façade of happiness. Her gritty yet poignant performance never once allows you to question the authenticity of her emotions. A well-deserved award given to the best in the section.

As previously advised in my 100- Word Review, Vikander captivated in The Danish Girl and, for me, just saved a dragging film with her vivacity and rawness. She unarguably stole the show from Eddie Redmayne to deliver a marvelous performance and I am thrilled she won this.

Best Actor in a Leading Role-Leonardo Dicaprio:
Leo’s talent has been undeniably exhibited in What’s Eating Gilbert Grape, The Departed, Catch Me if You Can, Titanic and more, however
did he win for his Body of Work or his Revenant Performance? I’ll see the movie and let you know.

Although The Danish Girl’s production design created a lovely period tone, Mad Max: Fury Road was the clear deserved winner of this section. The dystopian post-apocalyptic wasteland that Colin Gibson and Lisa Thompson created was crazily imaginative and unlike anything I’d ever seen. 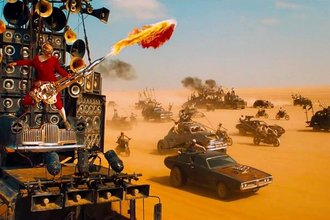 All I can say about this section is that I wish The 100-Year-Old Man Who Climbed Out the Window and Disappeared was nominated. Although it received a nomination for best makeup, it was one of the funniest, cheekiest films I’ve seen in years and definitely the best foreign language film, therefore definitely deserved a mention.

The indie film Ex Machina was superbly crafted, and the subtle build-up of tension was aided by the seamless inclusion of robotic personas. The ‘Special Effects’ are restricted to the eerily convincing creation of Artificial Intelligence (AI) robot, Ava, played with scary momentum by the incredible Alicia Vikander. Furthermore what made these Special Effects so impressive was the fact that the mind never questioned whether such convincing robots could (and may well) exist. Ex Machina’s subtlety pleasantly contrasts  with the flashy excellence of Star Wars*, a film that’s special effects,  although awesome, are loudly and clearly other-worldly. The understated crafting convincingly melds woman with robot, to produce a deserving winner.

[* I am pleased Australian George Miller’s  Mad Max cleaned up the awards, although would’ve liked Star Wars to receive some representation in the technical categories, perhaps in the sound editing section.] 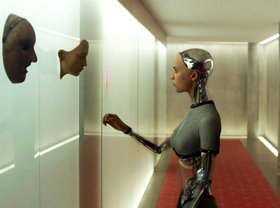 The writing of The Big Short certainly differentiated itself in its unique and quirky method making dry economics and real-estate jargon witty and engaging. I did enjoy both Room and Brooklyn, however for originality and engaging storytelling- The Big Short wins hands down.

Best Animated Feature Film-Inside Out:
Without seeing the other nominees, I can attest that Inside Out delivered an original and intelligent premise in a creative and sensitive way. Although I’ve heard convincing arguments for Anomalisa, this thoughtful film (although definitely not a ‘Pixar Classic’), gains my approval on the basis of its imaginative premise. 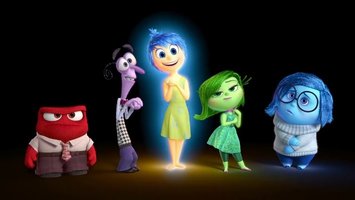 What did you think of the awards? Were they well deserved? Comment Below!